In the world of trading everything is unpredictable, so informed decision-making is the key to success. Researching a coin before investing in it holds immense importance. Several experienced traders have outlined different metrics to research before making an investment and you will find innumerable articles, reddit posts, forum posts etc outlining what to research about a coin. I will compile all those metrics in a single post for each coin and save you some time with the research of several different coins. Well I think I am being modest, it will actually save a lot of your time. The next immediate question that might be coming to your mind is ‘which coin are you going to select?’ and the answer is I am going to write about them one by one and choose them based on my curiosity level about a coin. You could also leave a comment below and let me know which coin is of your interest and I will definitely write about it.

Let’s pick “Komodo” today. One thing I must make clear at the very beginning is that the articles of this blog won’t dig too deep in the technology aspect of the coins, primarily because of two reasons.

Reason one: Average traders don’t understand the intricate details of the technology behind a coin because they are not blockchain developers and I am one of those average traders!

Reason two: Most of the investors (including traditional VC firms) make their decisions based on research-backed facts and have zero knowledge about the technology behind a product. Hence my blog will throw light on those facts.

The team should be a very important metric in your decision-making process and you should always checkout the team members first. 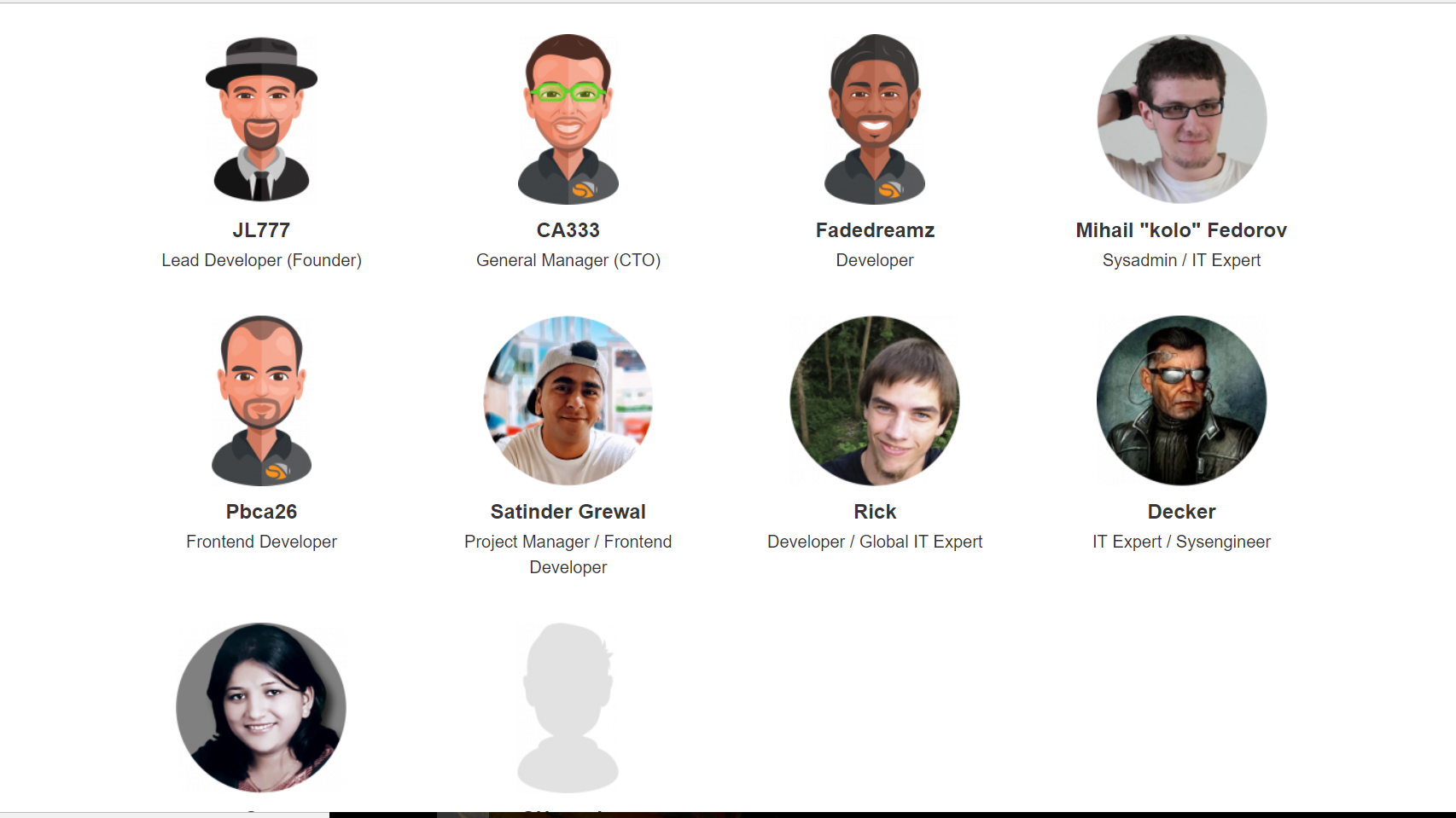 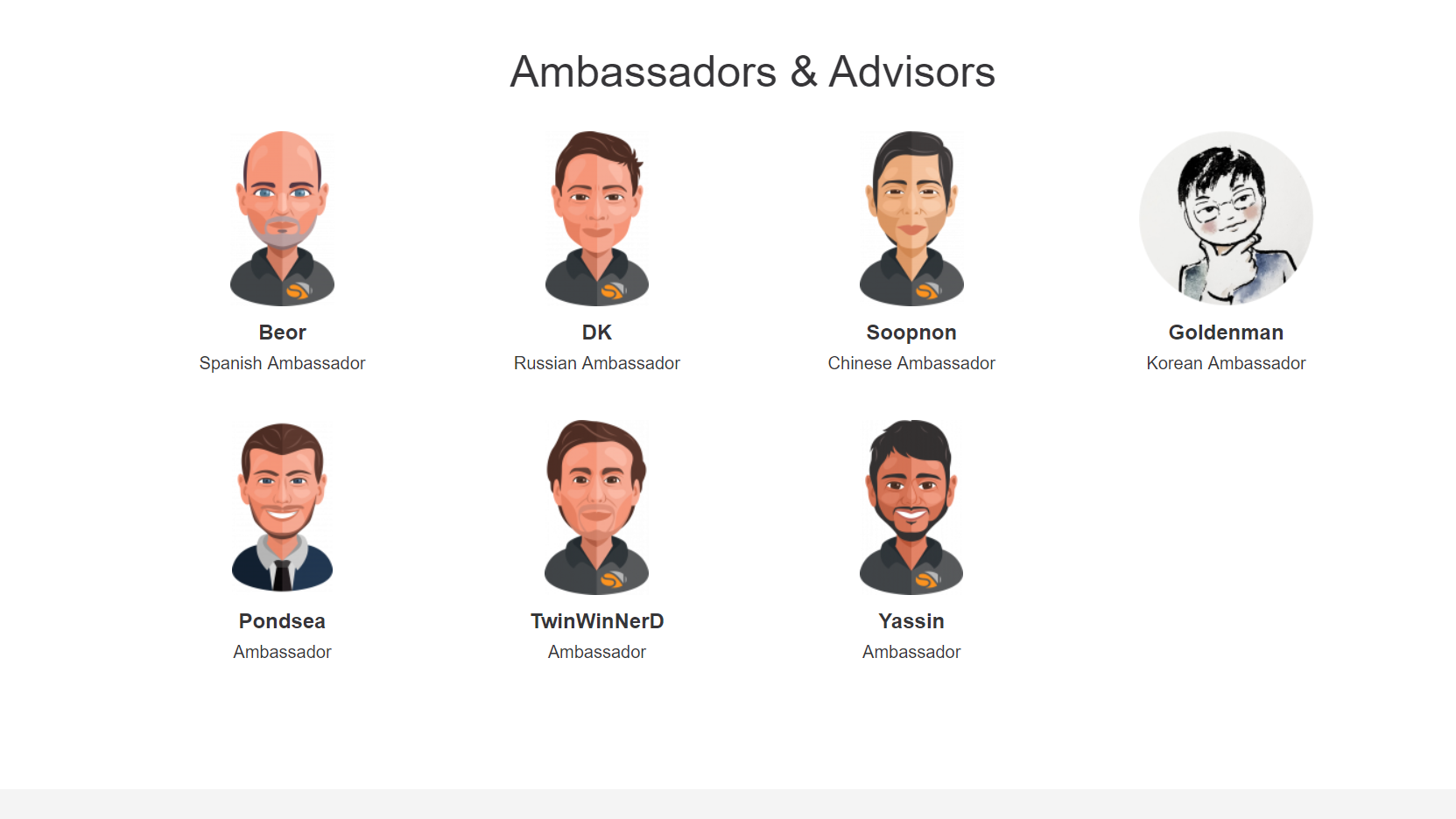 Although from the whitepaper itself you can get a very good idea about the coin, it’s use-case and the underlying technology behind it, it is very difficult to understand it’s legitimacy and it’s capability to fulfill the promises. After all, when you have several fiverr services providing professionally written whitepapers only for $100, you need to be more careful! This leads us to the next step!

The long production history shows that the team is dedicated and they believe in the project. Also you will have more proof of whether they are capable of delivering their promised product or not by inspecting the development history.

In case of Komodo the beginning of development goes all the way back to 2014, when their lead developer JL777 started the development under the name ‘SuperNET,’ and under a privacy-coin project called, ‘BitcoinDark’. It is vital to point here that Komodo’s journey officially started on September 14, 2016, when they mined the genesis block. So technically they are developing the project for the past three and a half years.

This requires a check because you need to know whether the product is in active development mode or not! Komodo has simply nailed this portion as they are the most active coin repository for the past 12 months with 7213 commits! The total number of contributors for the repository in the past one year is 25. The data has been taken from Cryptomiso

Till now Komodo has delivered in a very timely manner. In the past one year, they have achieved more than 10 significant milestones and released three major products – Jumblr, BarterDEX and Agama wallet. Now you must be thinking, ‘What the hell are these?’ Well, these will be independent topics of my next blog posts. Simply enter your email and register with us to be the first to read about these. 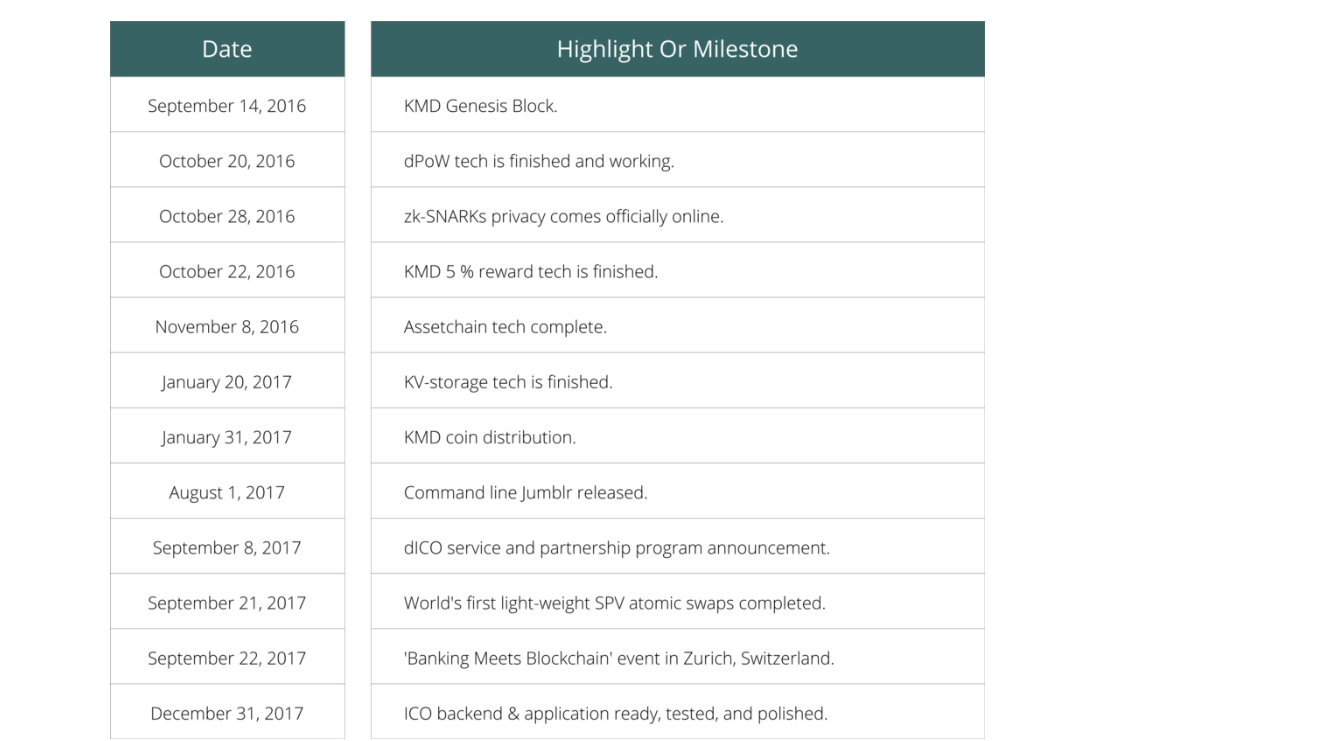 Although they have encountered a delay in their implementation of dICO application, they have cited they slowness of BTC as the main reason for the delay. They have quoted in their blog that “The problem is that Bitcoin itself is so slow to produce network confirmations, and the transactions fees so high, the conditions for trading via atomic swaps are simply unfavorable” and claimed to have established a workaround and now the dICO is ready to launch.

Roadmap: Komodo development team has given a very clear roadmap till beyond 2018. The most awaited feature release seems to be the dICO of Moneize and if they can pull it off then that would be huge step towards decentralization of ICOs and the price of Komodo will surely increase. But again everything depends on their execution! 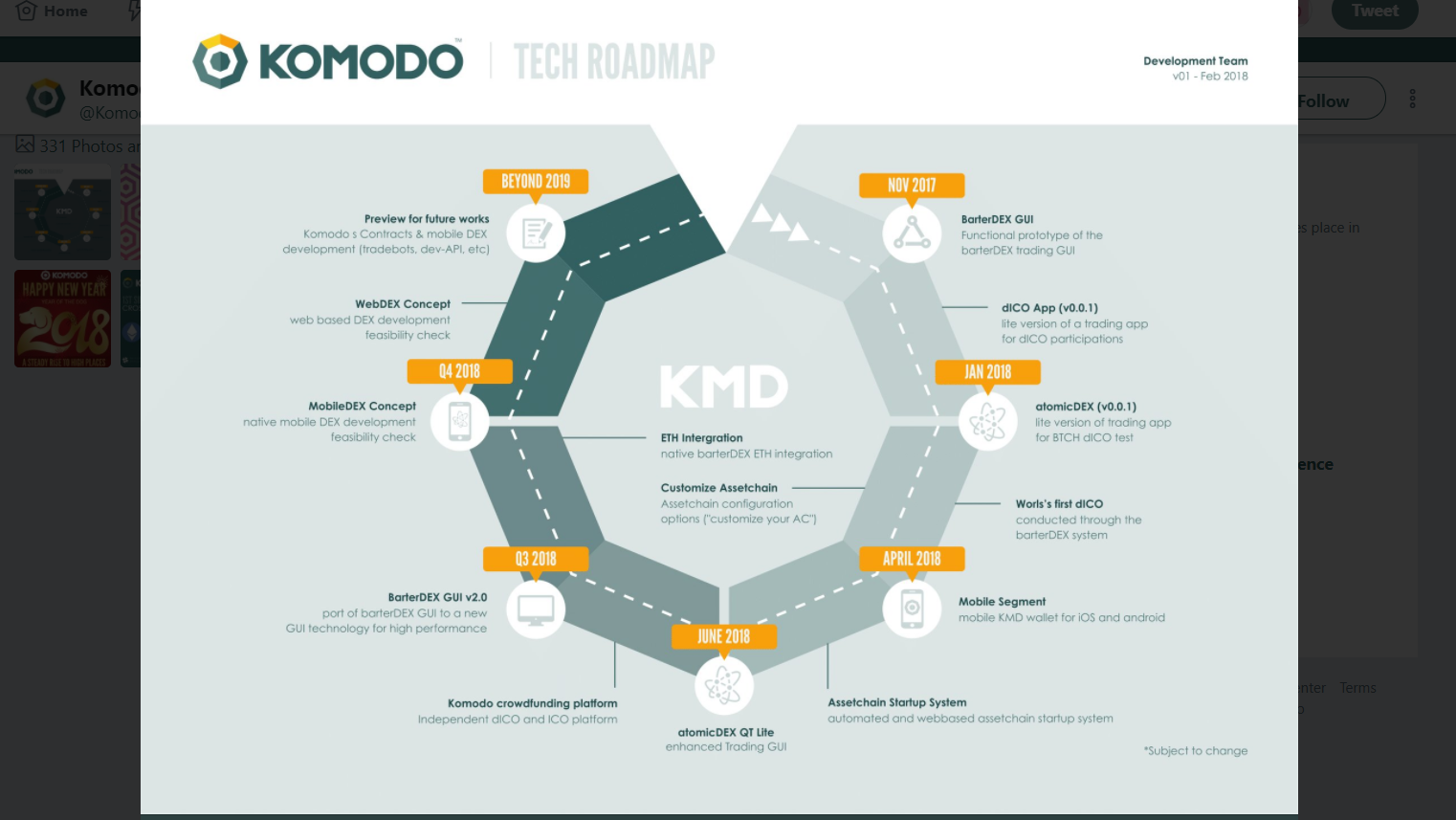 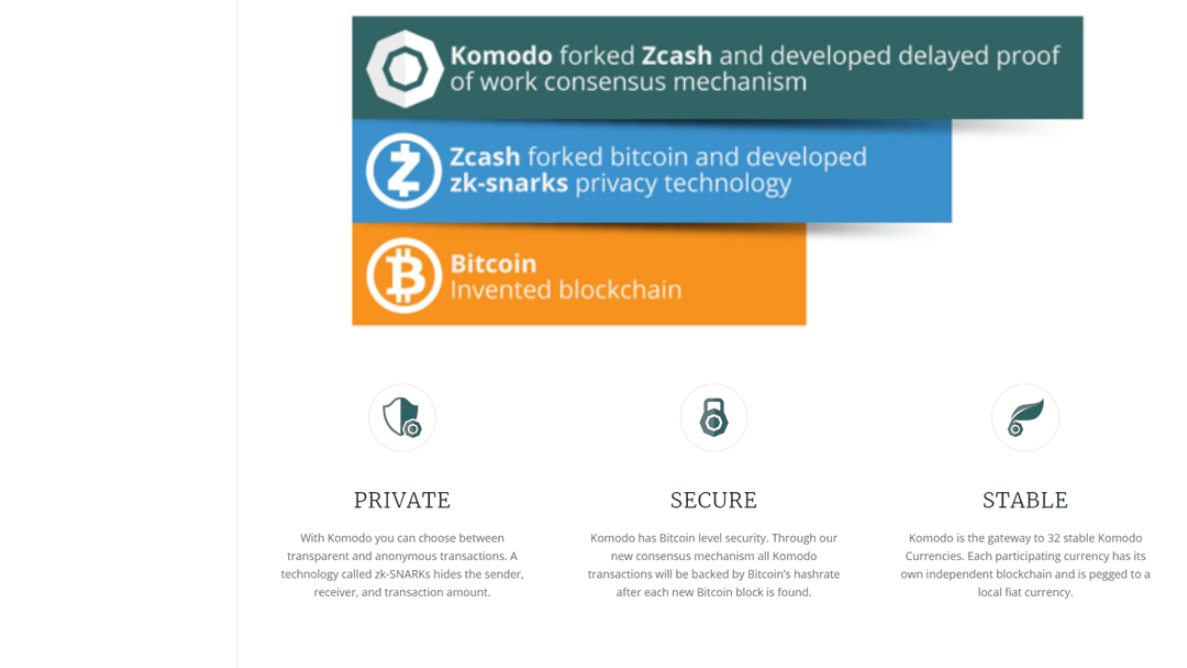 The most interesting thing about Komodo is that they have defined some real use-cases:

It is very important to understand whether the coin has significant number of followers and community engagements. Why? Because it is the hype which determines the underlying value of a coin in the cryptoworld. If a coin has significant followership and the coin developers are active to retain and increase the followers then that coin will have increased value in the future. In case of Komodo they seem to have significantly increased their followership in the past few months. Here are the stats(at the time of writing):

They seem to be very active in twitter, have started giving weekly updates in the reddit forum and offered a lot of reddit AMAs in the past few months. I wanted to join their slack community and they responded within 12 hours. They answer almost all the queries and their channel is very active.

Listing Exchanges:  Don’t consider the number of exchanges, instead in this case, you need to consider trading volume of the listing exchanges. Komodo is currently listed in 10 exchanges : Bittrex , HitBTC, Cryptopia and Upbit have very good trading volume. You can check the other exchanges in Coinmarketcap

Another advantage of Komodo is it has its own decentralized exchange where it can be exchanged with more than 80 coins, using a technology called Atomic Swap. Komodo is considered as the leader in this Atomic swap technology space.

Out of these pre-mined 100 million coins, 90 million were distributed to investors during the ICO and 10 million were kept aside for future developments and marketing of the Komodo platform. So they have only allocated 10% of their pre-mined coins in their pocket.

Lastly after you have ticked all the above mentioned boxes(research topics) you should head to Coinmarketcap  and check the total supply, volume 24hour, market capitalization.

Komodo has a circulating supply of 103,810,132KMD and the circulating supply should always be minimum. You should check the 24 hour trading volume of the coin and it should be high because if it is very low then it will difficult for you to sell. Komodo has always maintained a steady 24 hour volume from historical perspective. 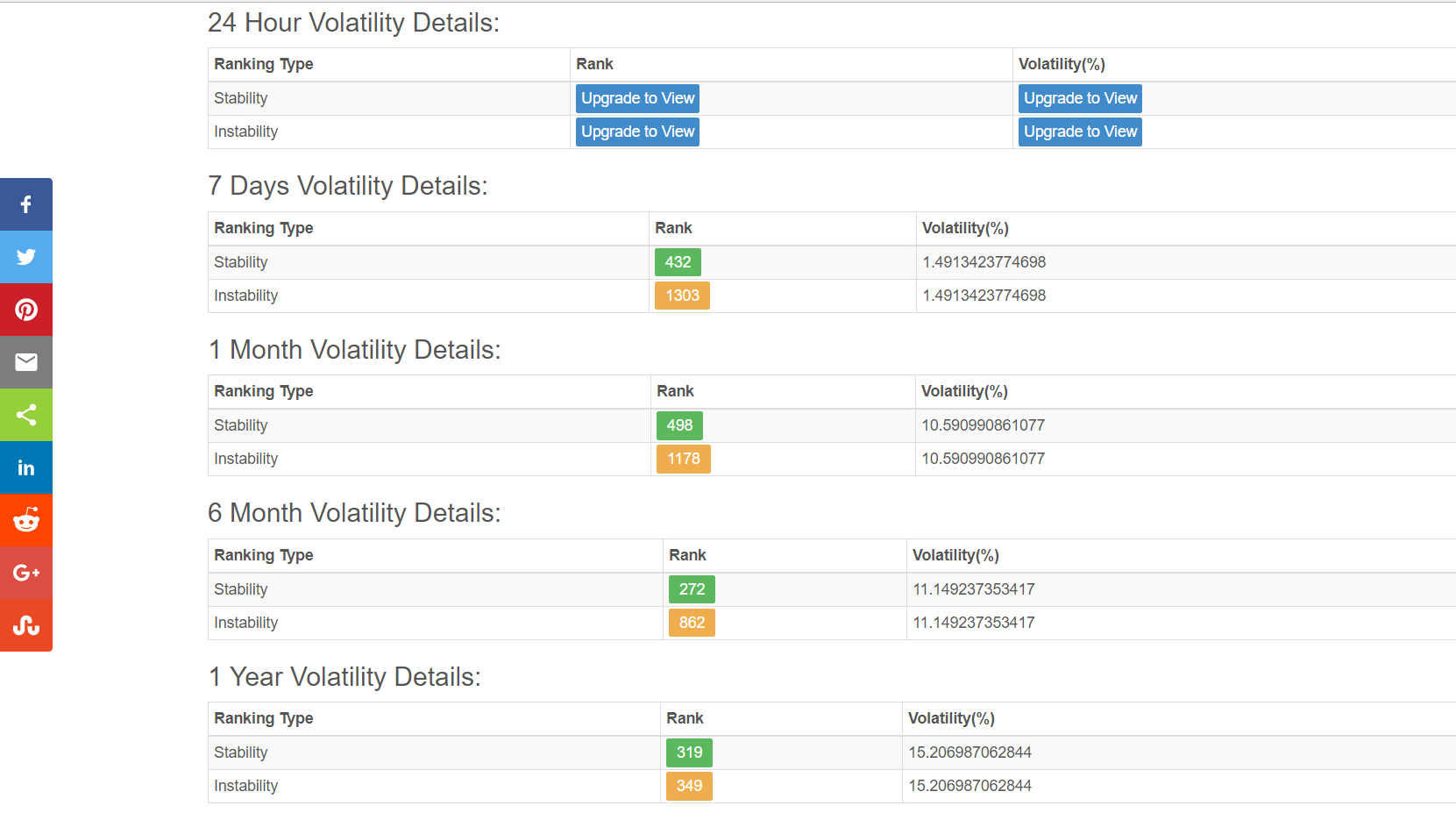 If you are a risk-taker your concentration should be on high volatility coins as they generally produce higher return with an increased risk element. On the contrary, if you like to avoid taking risks and would like to concentrate on a steady return, you should always avoid highly volatile markets. We are the first tool that tracks volatility for you and sends you alerts when your selected coins become highly volatile. Volatility Managed Portfolios generally produce more steady returns than unmanaged ones.

Volatility tracking proves to be very efficient in identifying PUMP-DUMP Events. You will be able to detect PUMP and DUMP events at a very early stage as in the event of PUMP or DUMP price fluctuates very rapidly resulting in an increased volatility. You will be able to make an informed decision based on whether you want to avoid investing at that moment or want to make profit out of it!

You can track the volatility of Komodo of 1 hour and 24hours using our tool and make informed trading decisions. It is a paid feature as we have integrated more than 100 exchanges with our platform to track the real-time volatility of top 1000 highly traded coins. You can checkout our Pricing plans here.

You can find all the freemium volatility rankings using the links below:

The ranking of more than 1500 coins based on their 24 hours trading volume along with their volatilities!

More than 1500 coins ranked in ascending order of their volatility!

More than 1500 coins ranked in descending order of their volatility!

I won’t be making any conclusion which can influence you and I hope that I have covered all the important aspects that a trader or a long term investor should consider before investing in Komodo. Having said that, you should always conduct your own research before investing in any coin as it is your hard-earned money. I will soon be back with another coin or token till then perform your own research on Komodo and let me know what I have missed in the comment section. Lastly don’t forget to subscribe to our weekly newsletter to receive all the updates about more coins and SHUFFLUP.