At the time of writing, the market has started to go up and almost all the coins are in the green zone. So congratulations on that and we should start this week’s endeavour on a happy note! Well why I am using such a strong word as “endeavour” is because today’s work of ours is going to be very hard as we will be talking about a coin which has already created a huge hype. This week’s pick is NEO which claims to be the future of smart economy.

When we are speaking about NEO from an investment perspective, it is important to mention that they have provided their investors an excellent return already. Their price during the ICO stage was $0.03 and going by the current trends it is now $46.26 on an average. So it has produced a return of 144,447.67%. This fact itself establishes NEO as a great investment equipment.

So what is the point of writing today’s blog?

Whether you are a startup investor or a crypto investor the first thing that an investor should take a look at is the team. 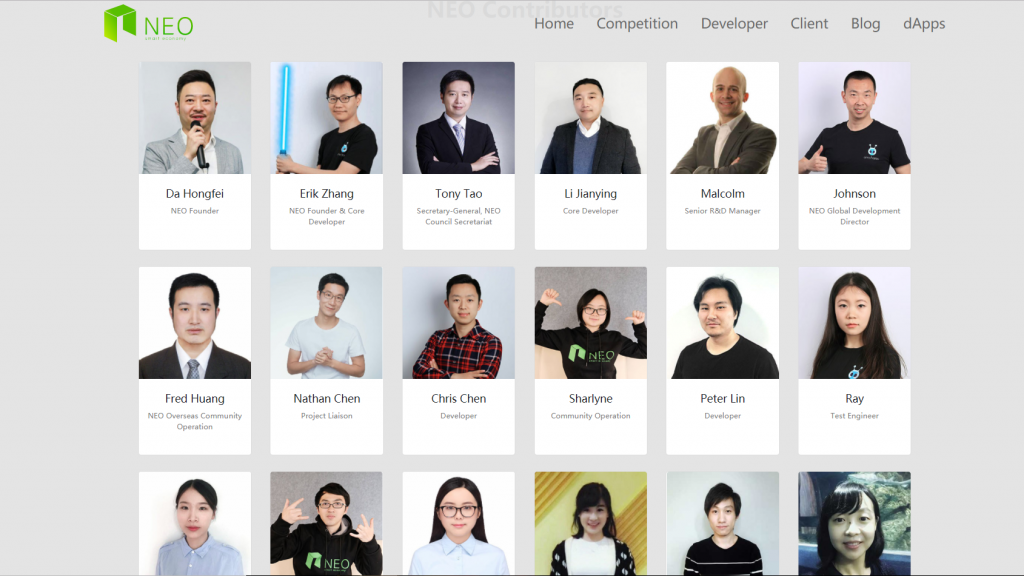 Most importantly, all of their team members have prominent social footprints and considering their relationship with the Chinese Government, they can be considered as the most scam-proof cryptocurrency currently available in the planet.

Having a great team is not always sufficient to achieve the kind of mammoth goal NEO has set for themselves. So one must be very skeptical about the partnerships that they have and must have knowledge about the other people who believe in NEO’s vision.

After the Chinese government cracked down scammy ICO projects and blockchain technologies, many of the NEO holders got panicky but they missed one crucial point that NEO maintains a very good collaborative relationship with the Chinese government. NEO along with it’s partner company Onchain help private companies apply blockchain to a variety of use cases while abiding by the government regulations. This implies NEO is a very important part of China’s blockchain regulation policy. Most importantly a country like China which always like to compete and stay ahead in different fields of technology will certainly never drop curtains on an emerging technology like blockchain, hence from government regulation perspective, NEO has a great future ahead. NEO’s partner Onchain has Collaboration with the Chinese regional government to develop public services and digital identity

With Onchain and subsequently with other private companies:

NEO and Onchain are different companies but they have a very strong partnership and most importantly they have the same co-founders. The simplest explanation of this collaboration would be Onchain builds private blockchains and these private blockchains then link upto NEO’s public blockchain. As a result, the partners of Onchain indirectly influence the growth of NEO. At the moment Onchain has several noteworthy partnerships going on:

The white paper is very detailed and friendly towards non-technical users yet describes their technology quite elaborately. It shows the exact breakup of token issuance(will be discussed in the Numbers section) and is available in 11 different languages.

a. I am a developer myself and I understand the pain of picking up a completely new technology to build some application. This is where NEO makes a huge difference. To use the Ethereum development platform you have to learn solidity programming language but you can develop decentralized apps on NEO platform with your existing programming knowledge. Currenly they support C, C++,  JAVA ,python and many more mainstream languages and in the future they plan to support more.

b. Another interesting advantage that NEO has from the technology perspective is that they are quantum computer resistant. When quantum computers develop enough, blockchains could be vulnerable and NEO has theoretically designed their blockchain to account for this. From this small information we can see that NEO is here to stay, atleast they are preparing themseves to get a really long life.

The biggest downside of NEO is the use of a protocol called dBFT (Delegated Byzantine Fault Tolerance) which is a modification of the classic PoS(Proof of Stake) protocol. You need not understand the working principle of these super complex technologies rather concentrate on what impact these will have in determining the coin’s inherent value. Simply, it means NEO is not truly decentralized rather all the transactions are validated by a couple of dozens of delegates called bookkeepers. However, as of Quarter 1, 2018, NEO will hold less than 2/3 and will continue to hold fewer as time progresses. Regardless, NEO will never achieve same amount of  decentralization as other pure PoS platforms.

If they have already come a long way and invested a lot of their time to the project then it is evident that they will continue to do so. In case of NEO, the founders started developing in February 2014(it was Antshares then) and eventually in April 2016, the team released a whitepaper on a new type of consensus protocol (dBFT – delegated Byzantine Fault Tolerance), the first from China. This is the protocol that NEO nodes use to reach consensus and finalize transactions. Around the same time i.e. in February 2014 they started Onshare and since then both founders have covered a long path together and achieved some amazing milestones.

In this case NEO lags behind their competitors by a large margin. They rank 173rd when it comes to the number of commits in the past 12 months. Also the same applies to GAS(Pay fees on Neo) which ranks 174th. But one thing that is interesting about their repository is that they are consistent with their developements(Git commits). Source: Cryptomiso .

This roadmap was released by NEO 6 months earlier and it seems they have achieved whatever they had promised.

The above picture also describes their Roadmap till 2018Q1. As soon as they release their new roadmap we will update this article. Another thing that I would like to address in this context is Onchain’s roadmap. Onchain is also moving at a great speed and you can find their roadmap here.

I will list only the main differences and they are as follows:

a. Ethereum uses a Proof of Work protocol and will evolve into Proof of Stake. NEO uses a Delegated Byzantine Fault Tolerance (dBFT) protocol which is a modification of the standard proof of stake protocol.

c. Ethereum can fork; NEO can’t — this is important for adoption by our real world economy.

Combining these three advantages over Ethereum we can say that NEO has robust reasons to exist as a separate coin.

It is very important to understand how the top-management of a coin interacts with their token holder and community members. This not only determines the interest in that coin but also what impact it has on a coin’s price. It is the marketing effort of the team that determines whether it will be able to keep up it’s popularity or not. We will list all the social channels and number of followers on these social channels below(at the time of writing) and it will give you a overview of their popularity.

Discord: Very active community and instant access to their community

Medium: They are very active in medium and always keeps their token holders updated

They are also active in two Chinese social media,Weibo and Huodongxing to keep their Chinese followers updated. I have mentioned in the begining of the article that they have very strong marketing and technical writing experts in their team.

Some numbers have already been played with at the beginning of this article. Here we will talk about the marketcap, circulating supply and coin distribution model between the founders, devlopers and token holders.

The second portion has 50 million managed by the NEO Council to support NEO’s long-term development, operation and maintenance and ecosystem.

The NEO in this portion has a lockout period of 1 year and was unlocked only after October 16, 2017.

This portion will not enter the exchanges and is only for the long-term support of NEO projects. The plans for it are as follows:

GAS is generated with each new block. The initial total amount of GAS is zero.

The best thing about this distribution is that they are really well-documented and you always know their valuation at a certain point of time. Do all your maths and decide how much you are going to invest in NEO.

I won’t be making any conclusion which can influence you and I hope that I have ticked all the boxes that a trader or a long-term investor should consider before investing in NEO. Having said that, you should always conduct your own research before investing in any coin as it is your hard-earned money. I will soon be back with another coin or token till then perform your own research on NEO and let me know what I have missed in the comment section. Also let me know if you have any coin suggestions for me. Lastly don’t forget to subscribe to our weekly newsletter to receive all the updates about more coins and SHUFFLUP.